I just got a call from the refugee camp in Reynosa, Senda De Vida. As people wait for their appointed time before an immigration judge, they wait in their little tents with only one fan to keep them cool. The director just called me asking for help paying the electric bill there which has doubled each month they take in more refugees.
My last post shows the crowded facility and some of the people there. Our donations can't cover all the needs they have so we're asking God to pour out His Blessings through his people. Many people have come to South Texas lately with concerns about the people in camps in Mexico.  Thousands of dollars are spent to "come and see", but so far 0 in aid. It's just sad to think of all we have and all the good that could be done if we just opened our hands and Let it go.
I put out a plea for backpacks and school supplies for the kids in the orphanage a couple weeks ago, guess how many we collected? 0!!! Jaime told me that a store in Reynosa gave him some for the kids. God can use anyone, but He wants us to be involved in what He wants to accomplish. That's where the blessing is.
Enough ranting, I'm heading to the bank to get some electricity money.
We had a beautiful wedding at the Community Center Sunday evening.  Madi and Miguel had their official church style service. It was a lot if work, but it was a joy to serve them and their friends and family. 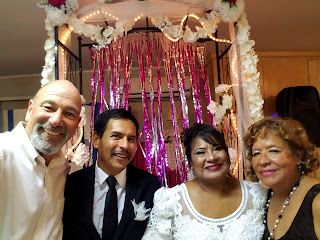 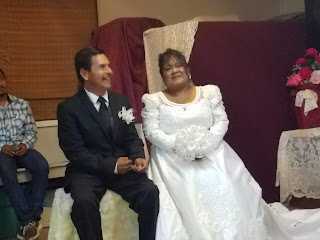 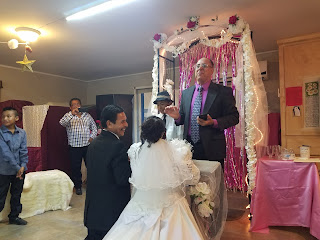 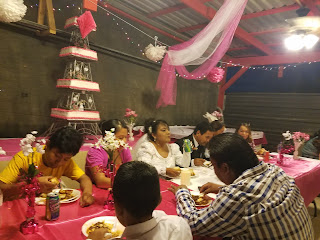 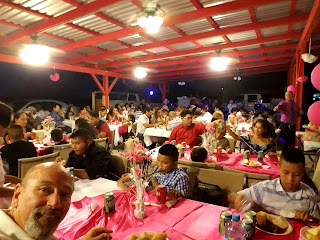