OUR TIME, THE POORS GAIN

Our time away from Mexico, means the that the poor gain in the long run. The blessings of God are being poured out into our lap, pressed down and shaken together. The generosity of people is nothing short of a miracle as people hear the hear the voice of God to help the poor, and put action behind their faith. It is written in the Proverbs, that he who hears the cries of the poor and does something will indeed be blessed. Lunch with a complete stranger Wednesday brought me face to face with a man that has a passion to feed the poor and donated an entire truck load of beans to our ministry. Not twenty four hours later another gift was given to us to purchase another truck load of beans and build a house for a family as well. Two men, two gifts, will buy enough beans to provide six hundred thousand meals to those in need, and move a family from the pit, to the palace!!! Or pizza luncheon two weeks ago had over 150 people come and hear about the needs of the poor in Mexico and Gods people responded with enough money to build two more houses and sponsor a few children for school this fall. Jesus blesses our yesses and when we return to Mexico, Paula, Alan, Lynnea  and Me will have plenty of  houses to build to keep us busy. We will drive to the Upper Peninsula of Michigan in the next few days to pick up the fifty thousand watt generator that has been donated for the trade school. Several friends have blessed us with their cars while we have been here, and we have been blessed with a truck to get the generator from the U.P. A great time last weekend with our girls when we spent the weekend in Michigan, golfing and then swimming in the lake. So, I can't help but be sad about leaving here in a few days, but longing to return to Mexico and get back to what really gives us meaning and purpose, helping people in need. Our missionary friends in Reynosa, Roy and Rebbecca Busby, have built several homes with groups that endure the summer heat in Mx to be a blessing to the poor. Roy called me and told me about all the children that accepted Christ at an outreach they held, and several adults as well. Our "Junkin for Jesus" partners are still scrapping tons of metal every week and donating the proceeds to feed the poor. MANOS HUNTOS is Spanish for hands together and that is what our ministry is about. Getting people working together to help those in need and we want to thank everyone on behalf of the poor for being obedient to the call of God on all of our lives to help those in need.
Posted by Bruce and Paula at 7/26/2013 07:45:00 AM No comments:

To all you faithful followers of our blog, we have installed a feature to send new posts to your e- mail, just simply fill in your address on the home page and you will be connected to the blog via e-mail. We continue being blessed during our stay in Chicago. Thanks to everyone that came to our pizza party last Sunday. 150 people consumed 19 pizzas and a ton of delicious desserts. We thank God always for our support team and the generosity poured out last Sunday will purchase at least a half of a truck load of beans. Many new faces were there and we pray that they were encouraged by all that God does through His people to help those in need. We have not been able to post any photos because of computer problems and thanks to the generosity of Bosi Construction, our computer problems are over. Wow! a new laptop and a slightly used desk top, should serve the ministry well for a few years. Just received a call from our friends in the U.P. of Michigan and Dave and Loni Siirtola have a 50 thousand watt, yes that's right, a 50 thousand watt generator they want to donate. That bad boy will  power every tool in the entire trade school. All I have to do is find a way to get it home. Roy Busby said he would drive up and get it, but I know God will provide a way for me to get it while were up here. It weighs about 3000 pounds with the liquid propane tanks. Our daughter Kelly arrived today from Colorado and were looking forward to Paula, Kristin, Kelly and I to go camping for a few days. The Junkin for Jesus team in Biggsville Il scrapped another load of metal and $900.00 will go towards the next load of beans. Praise God for people that make the effort to feed the hungry!!!!
Posted by Bruce and Paula at 7/18/2013 08:32:00 PM No comments: 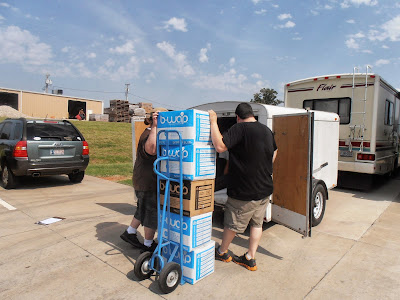 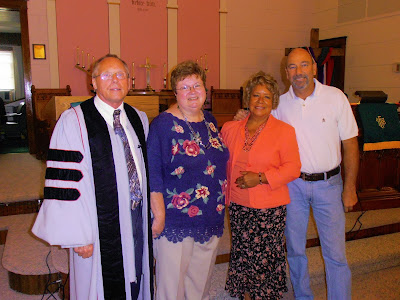 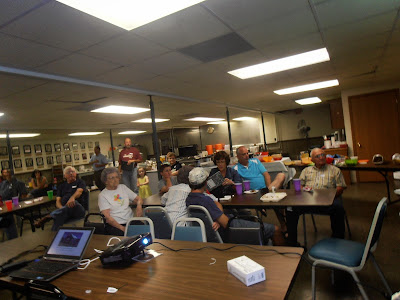 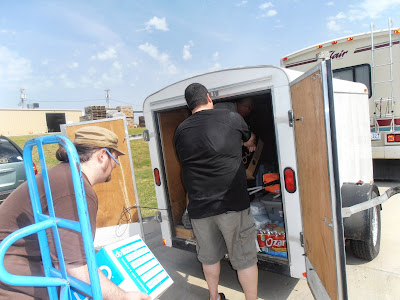 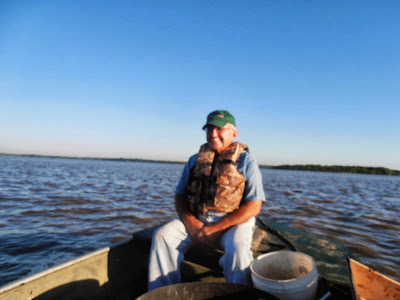 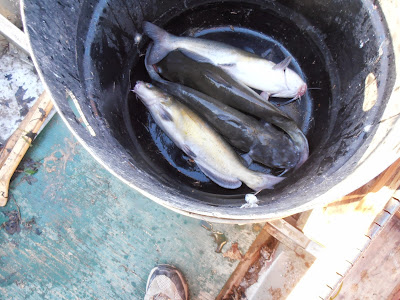 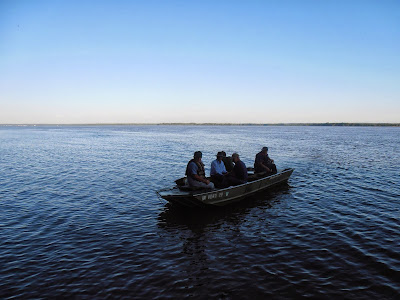 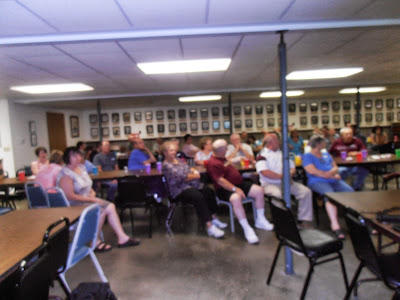 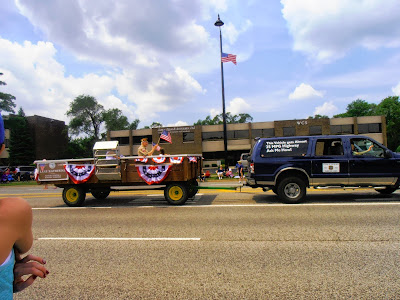 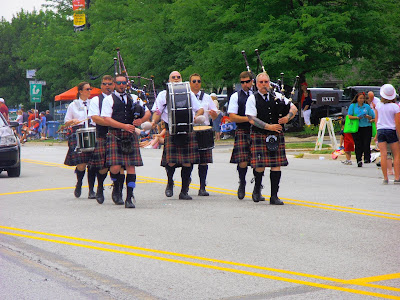 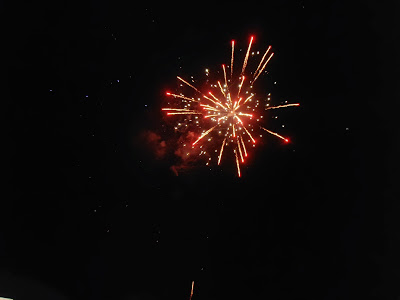 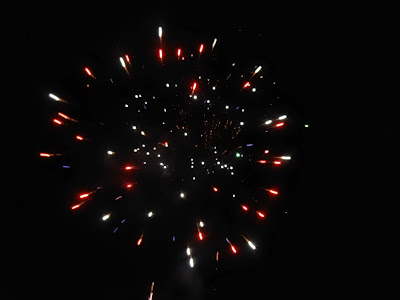 Sorry for the delay in posting! We have been on the move since the last week of June. We have been blessed at every turn of our trip. We started in Texas with supper with Rick Caywood and His wife as we passed through Waco, spent the night in Oklahoma and then stopped at company that supports the efforts of missions organizations to provide backpacks and school supplies at a huge discount and bought 150 backpacks for the kids in Mexico. After buying the backpacks, we received a call from Rick Caywood, and his ministry has a truck load of spiral notebooks that were donated  and we can have as many as we need. We had supper that night with the Mathews family in Lebanon, Missouri. We met them last year in Mexico and they have 5 foster kids that they have adopted and want to open their house up to traveling missionaries. An awesome family with a passion for missions. We arrived in Laharpe IL, the next day and spent several days there connecting with our partners from The Carpenters Crew and One Family One Purpose Ministries. I went fishing on the Mississippi River for catfish at 5;30 in the morning, don't fish eat at other times more suitable? 36 holes of golf after fishing and supper at Rick and Diane Balmers house. We hooked up the R.V. at their neighbors house that is vacant for our time there. A pot luck supper Friday night with the Crew and several others interested in joining the Crew on their next trip to Mx in 2014. Several families have been "Junkin for Jesus" gathering scrap metal and donating the proceeds to buy beans and rice. They also held a yard sale and raised an additional $1000.00 for food for the poor. THEY REALLY, REALLY GET IT!  We were invited to be the first missionaries to speak at The United Presbyterian Church of Biggsville, Il. A beautiful old Church filled with people passionate for Christ. We so enjoyed Pastor Johnsons message and meeting the congregation. They blessed us with a gift and are considering partnering with us on a regular basis. We grilled burgers and chicken at Roy and Carla Days later that day and Paula and I shot some skeet with their shotguns. We left LaHarpe on Monday afternoon after Rick took Diane to the hospital with pains in her abdomen, she had her appendix out that night, and is still recovering from the surgery. We arrived in the Chicago area that and dropped off Herb and Carol Moerrings clown and ABF supplies that we brought from Texas for their summer stay in the area. We have some great pictures of our adventure so far, but they are trapped in our computer and can't get out. We have been blessed by so many as we travel and we are so grateful for the partners God has raised up to share in the blessings of helping the poor.
Posted by Bruce and Paula at 7/09/2013 07:48:00 AM No comments: