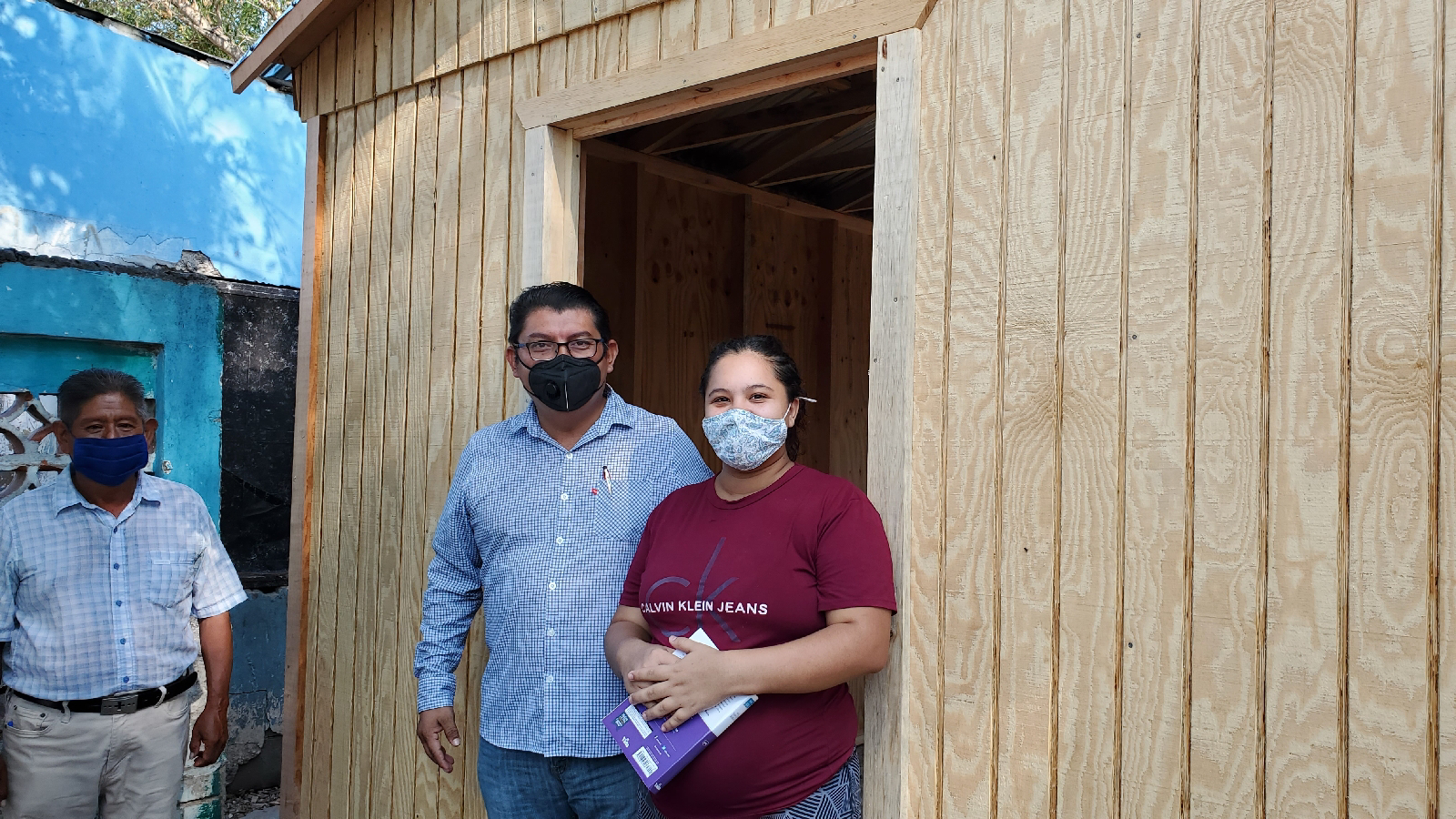 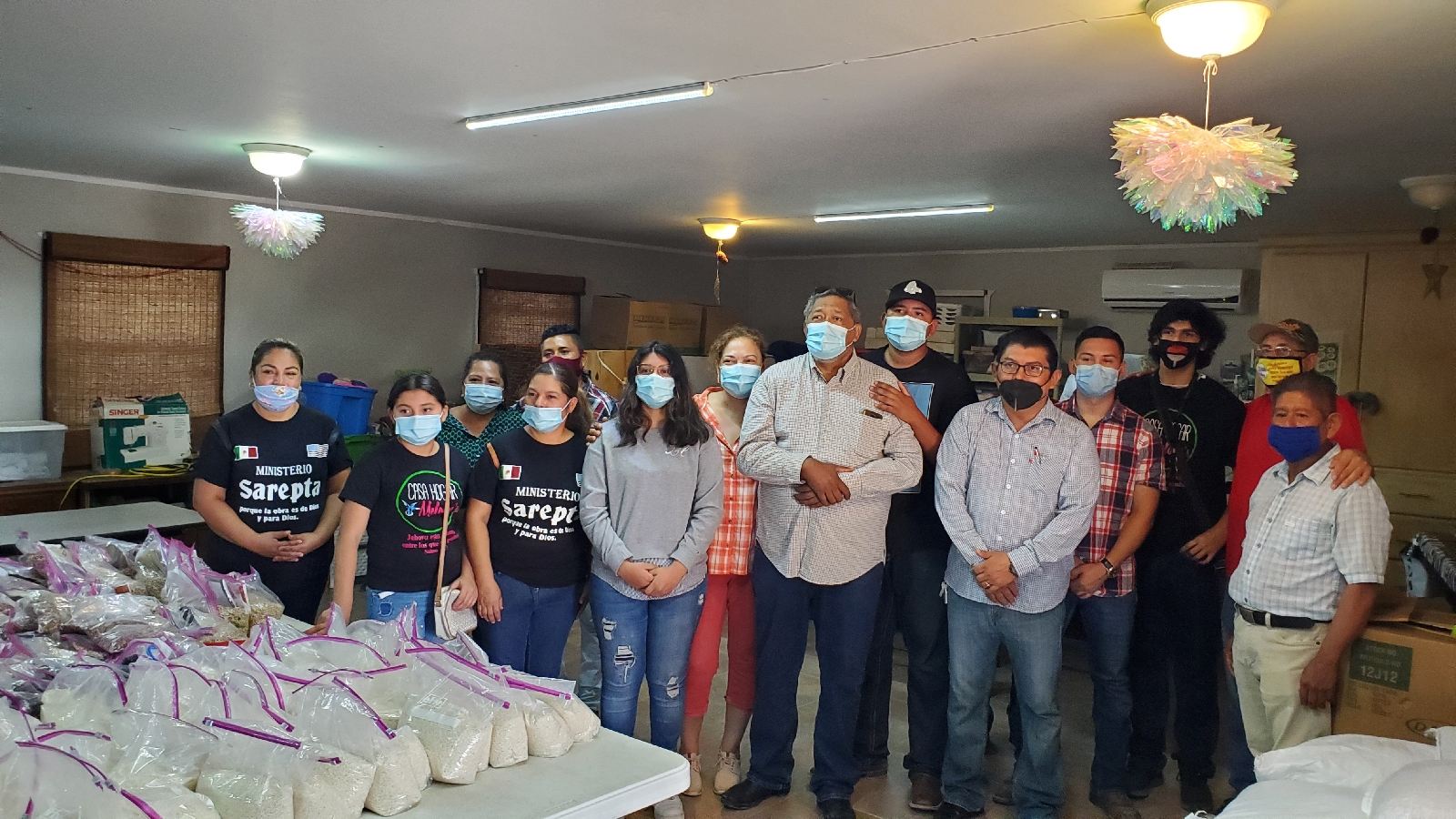 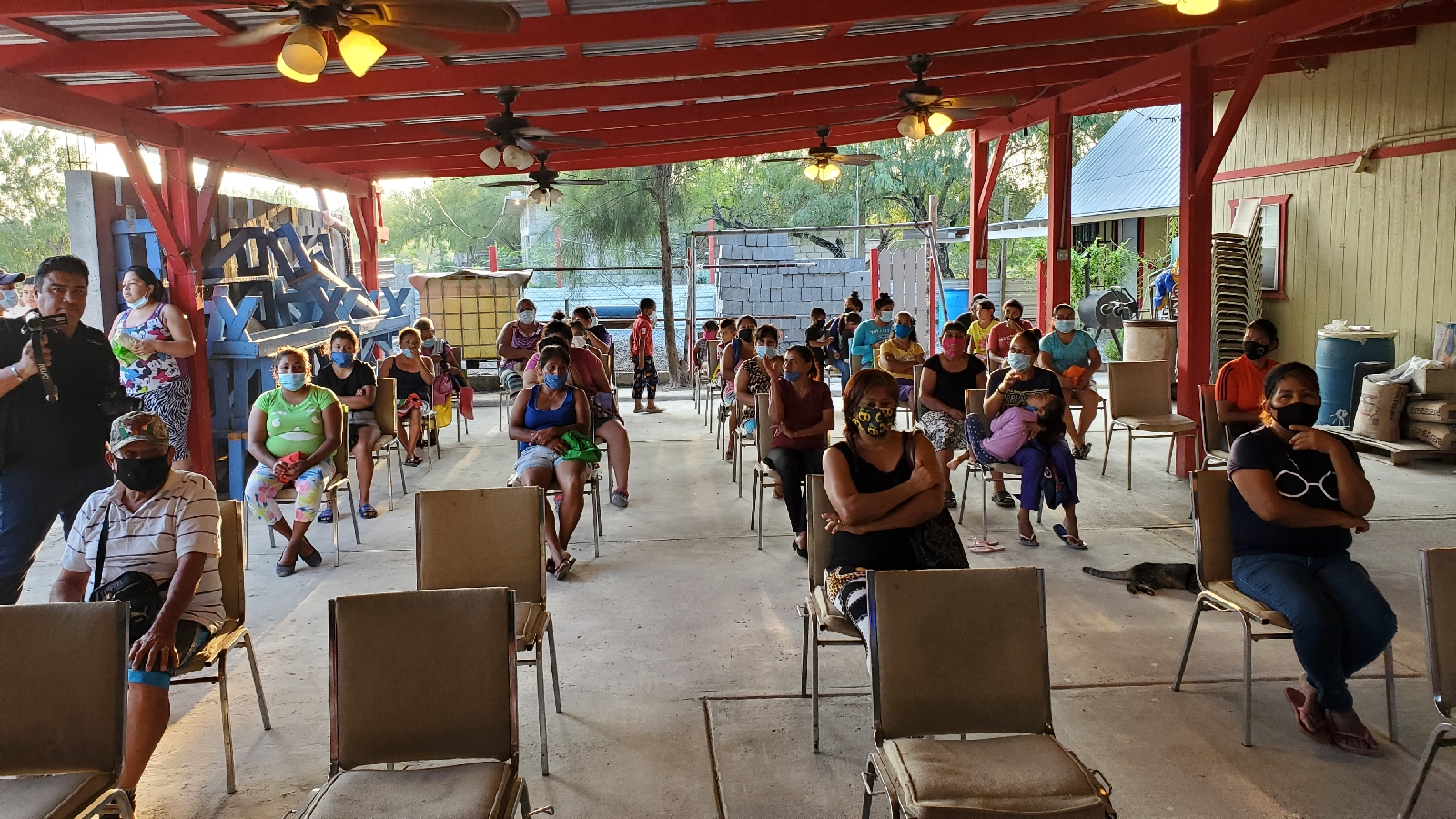 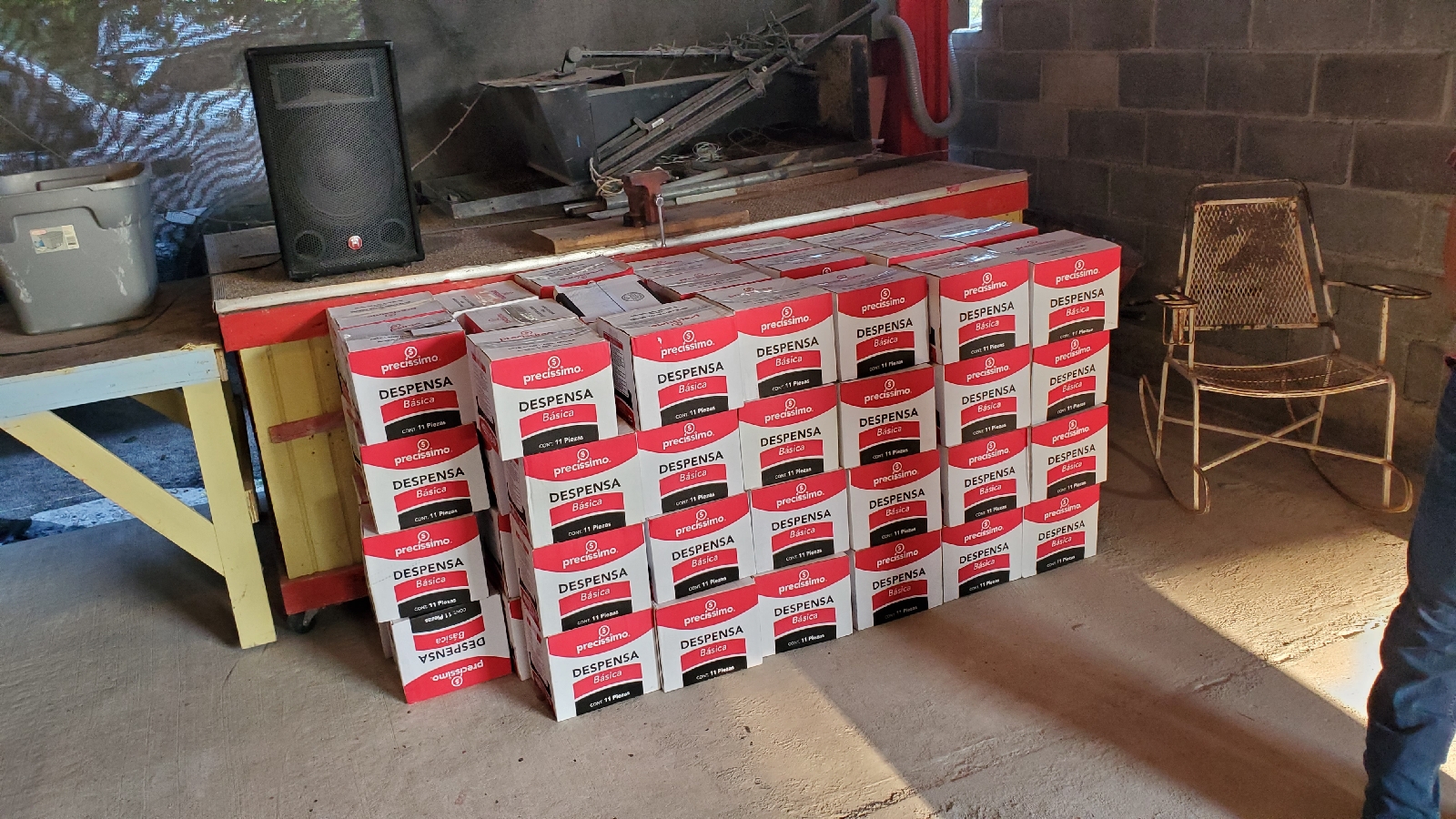 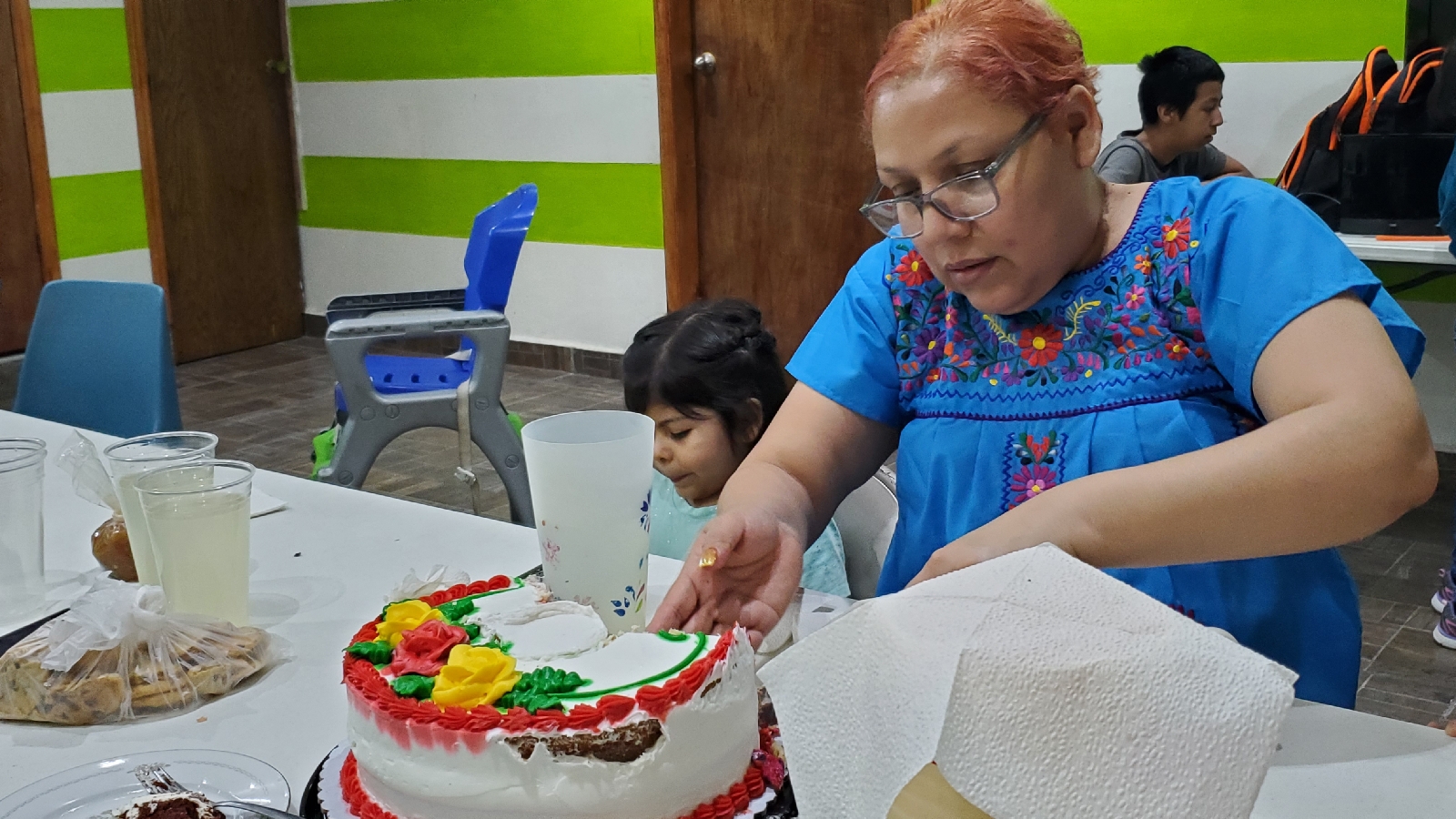 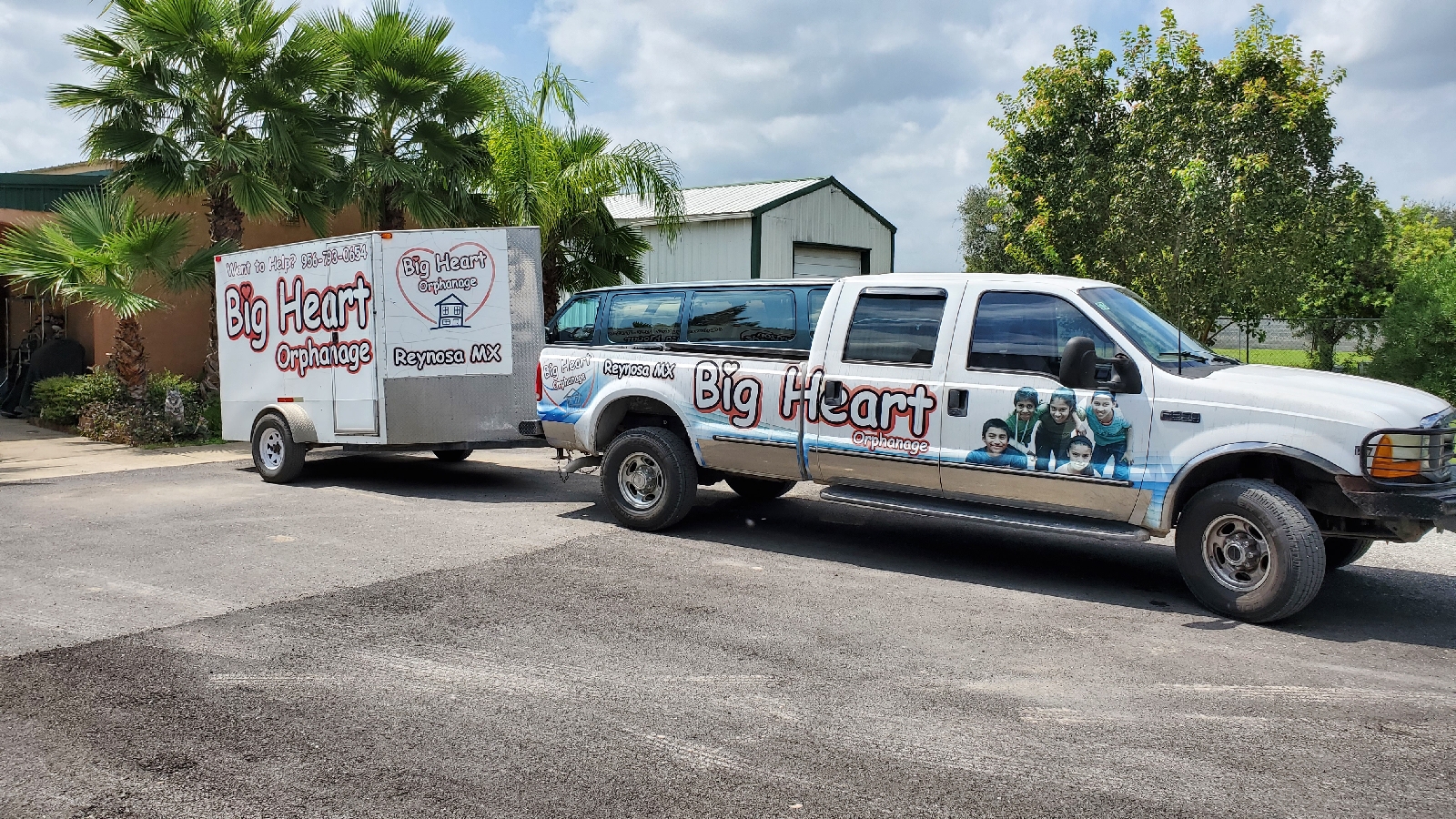 Friday we crossed the Big Heart trailer, loaded with siding and tires for the Bobcat. We met a group of men for coffee in Reynosa that are part of a foundation of lawyers and help people in need. They committed to bringing 30 pre packaged boxes of food to the colonia on Saturday.  I gave them enough money to buy 50 more,so we would have enough for every family that comes.

We dropped rice off at the community center and headed to Melodys Orphanage for lunch with the kids. 2 birthdays were celebrated for the twins, Adele,and Marisol. Stuffed jalapeños, chicken and cake.

Saturday we arrived at the colonia at 730 to escort the guys with the food boxes. Many people were already there. We unloaded the food boxes,  set up the speakers and spent some time getting re acquainted with everyone.  We haven't seen them since March. Andres and Goyita have been handling the food distribution during Covid.

Jaime showed up, gave a message and we sang a few songs. We had 80 boxes, and 81 families came.  We had some extra beans and rice to make up the last box. Social distancing made it necessary to have 2 shifts of people entering the community center, to avoid over crowding.

We enjoyed coffee and sweet bread afterwards and then went downtown to dedicate a house that the lawyers had built for Margareta and her family. Paula had prepared a huge box of things to give her. Blankets,  dishes, toys for the kids, and we took up a collection for a new bed for them. It was great to see locals helping locals during their time of need.

Papas Big Run Go fund me page to raise money for Melodys Orphanage is far short of the goal, so please pray and give. We continue to support the orphanage every month, but we need you to join us. GRACIAS

A new format on the blog, im trying to figure out getting multiple pictures with the story. Paula and i drove out to the Orphanage in Saltillo Monday for a few days. I was going to buy pallet forks for the Bobcat and when I found some to buy, my good friend Roy Day stepped up and paid for them. We took them with us, and will be a great asset for the orphanage.
The building on the Kitchen/ Dinning Room/ Dorms is going along. Lots done, and lots to do. Shawn and I fixed some hydraulic leaks on the jackhammer after a few trips to town.
Breeny turned 8 on Tuesday and a special menu party was held to celebrate. The kids were all dressed up for the occasion. A huge #8 piñata was hung from the rafter in the pallapa, and the kids took turns beating it.
We left Wednesday morning 🌄 so we could get back in time for my eye appointment for a new injection 💉 medicine.  Today I picked up 30 sheets if siding and 4 new tires for the orphanage.
We'll cross the siding and tires in the morning and then purchase food for Saturdays food outreach.
If anyone hasn't donated to Papas Big Run go fund me page, it's not to late. Its a fundraiser for Melodys Orphanage sponsored by the Grennell family in honor of Marks passing in January.  That was the beginning of a crazy 2020. We are trusting God to provide for a year of support for Melodys.  GRACIAS
Posted by Bruce and Paula at 9/24/2020 06:14:00 PM No comments:

ITS ALWAYS WORTH THE DRIVE 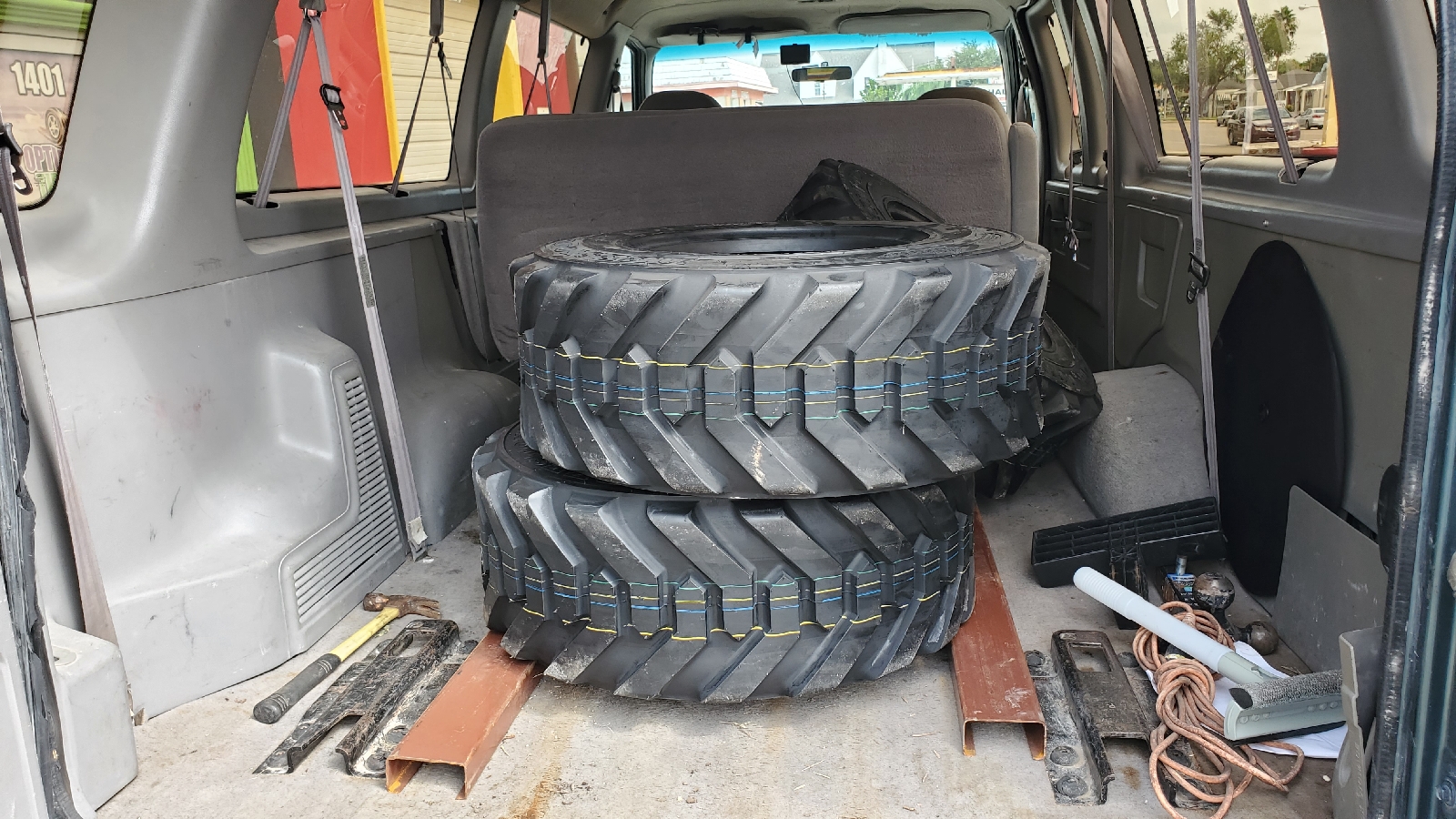 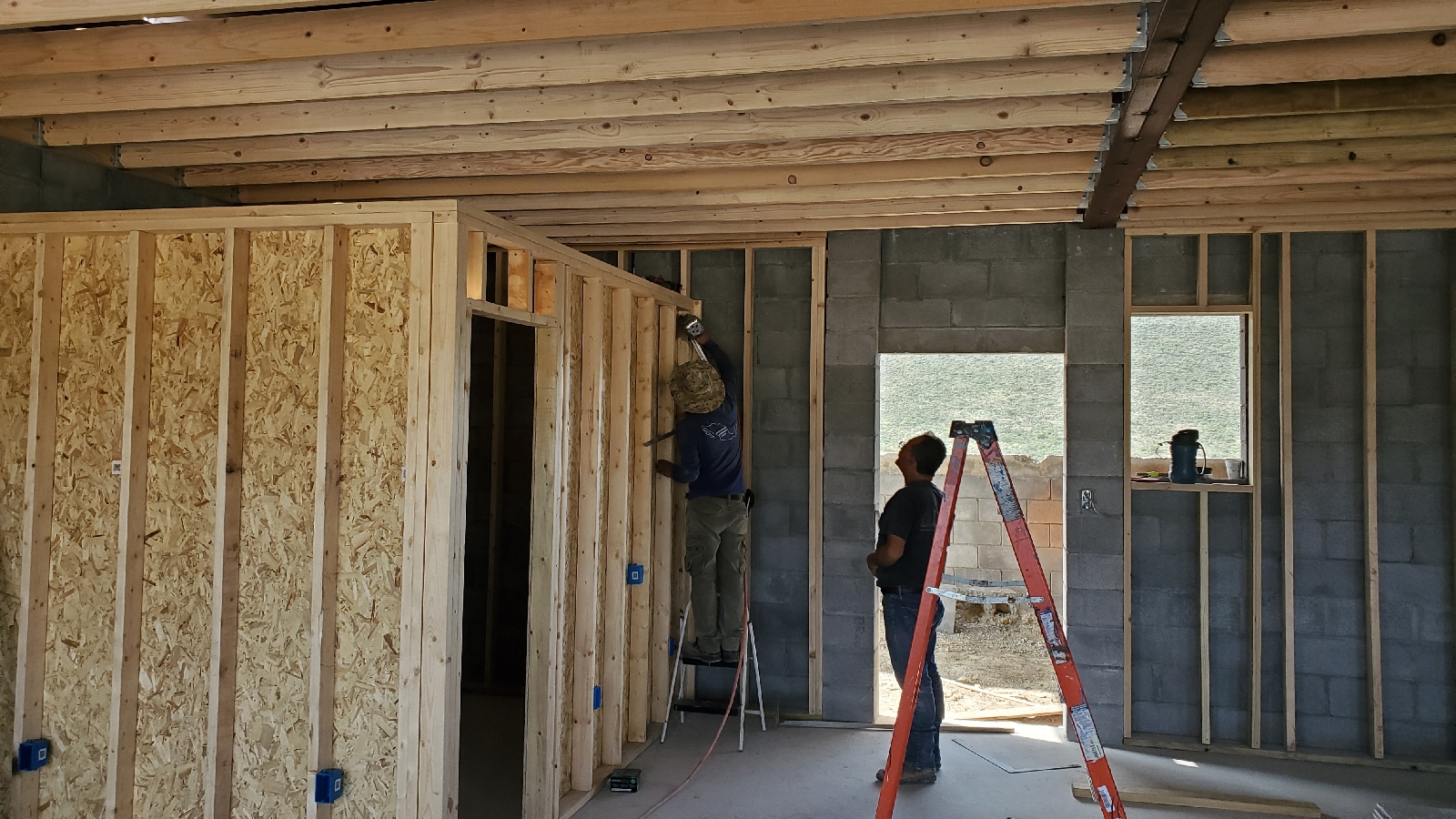 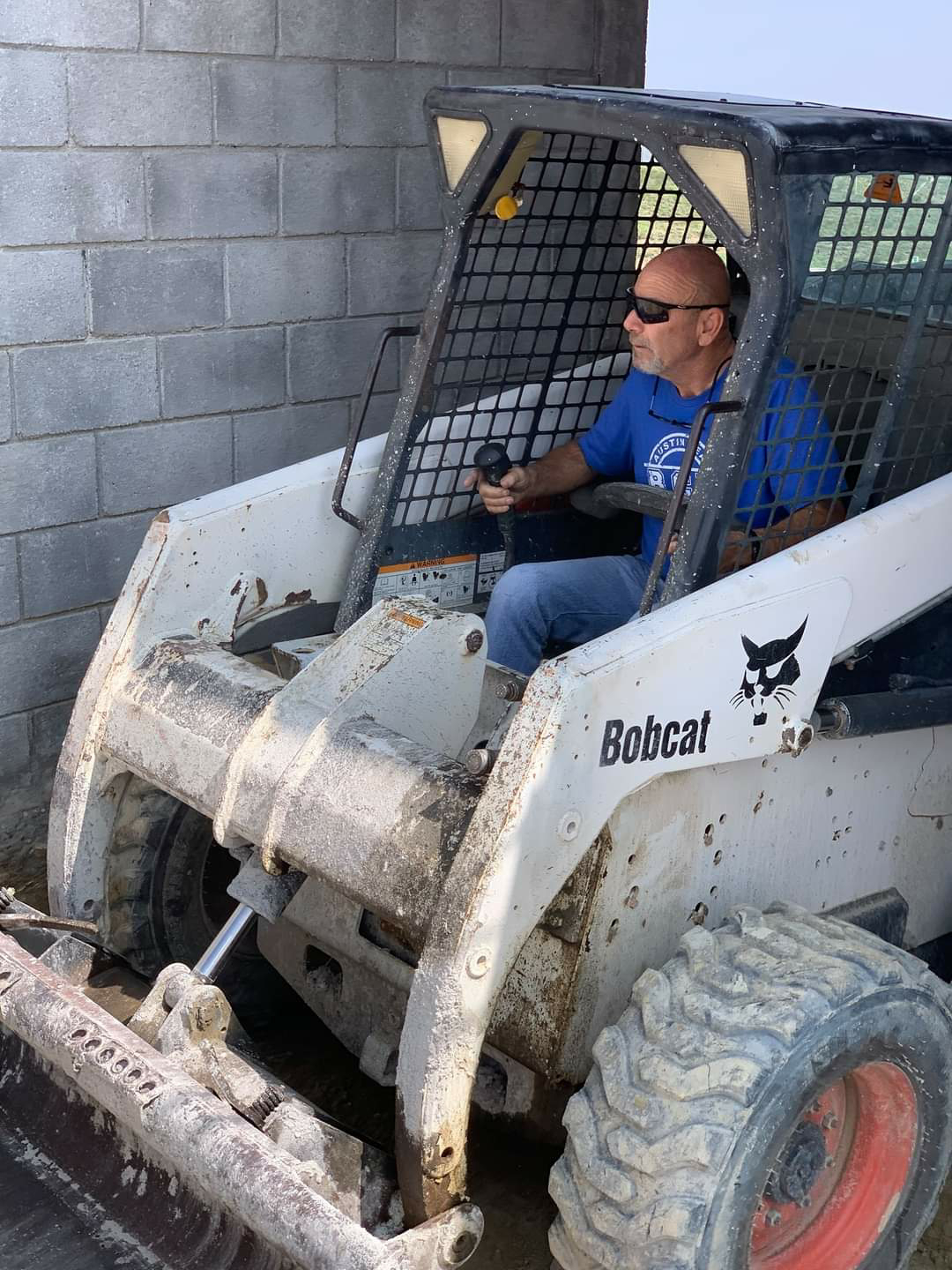 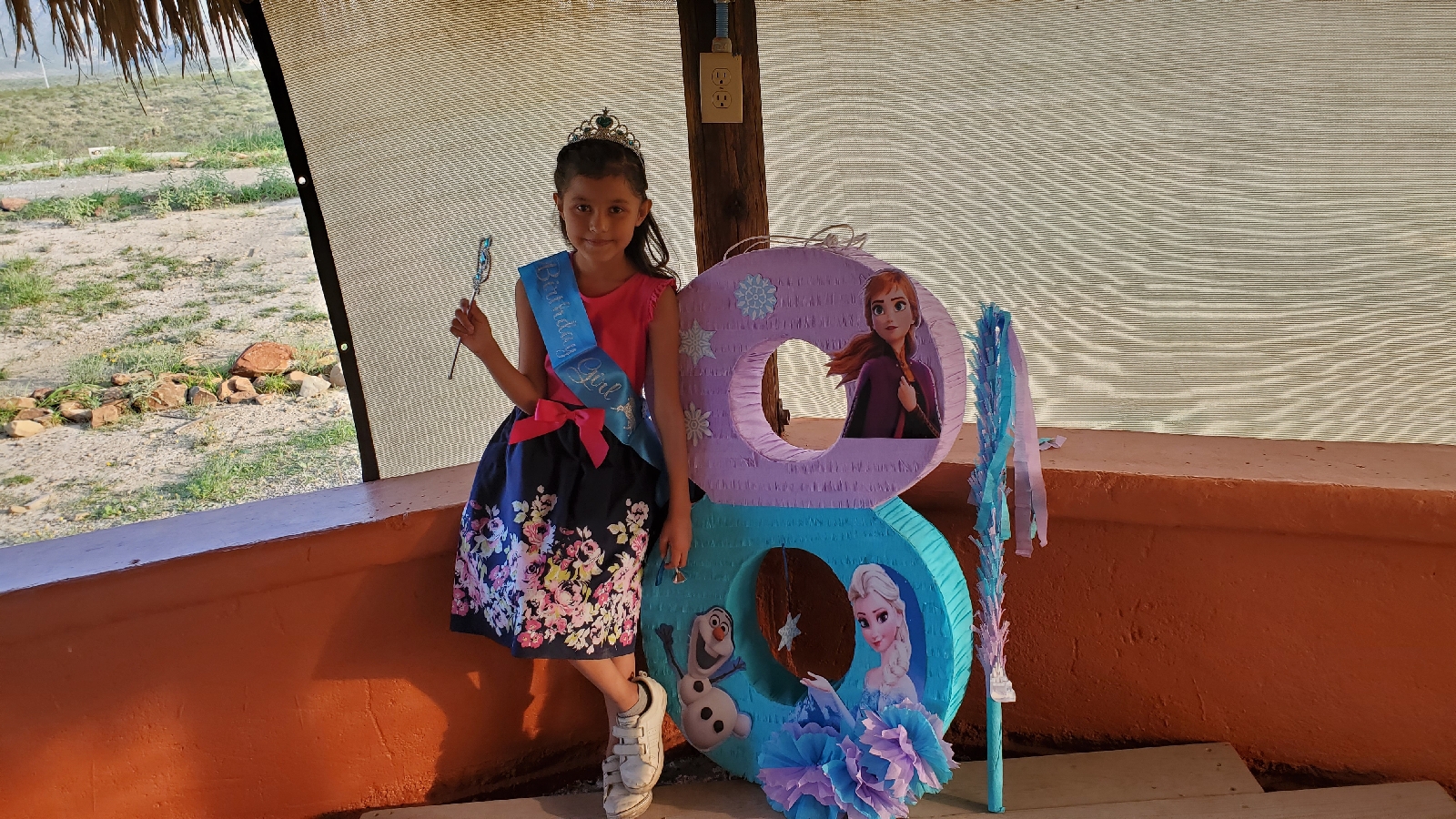 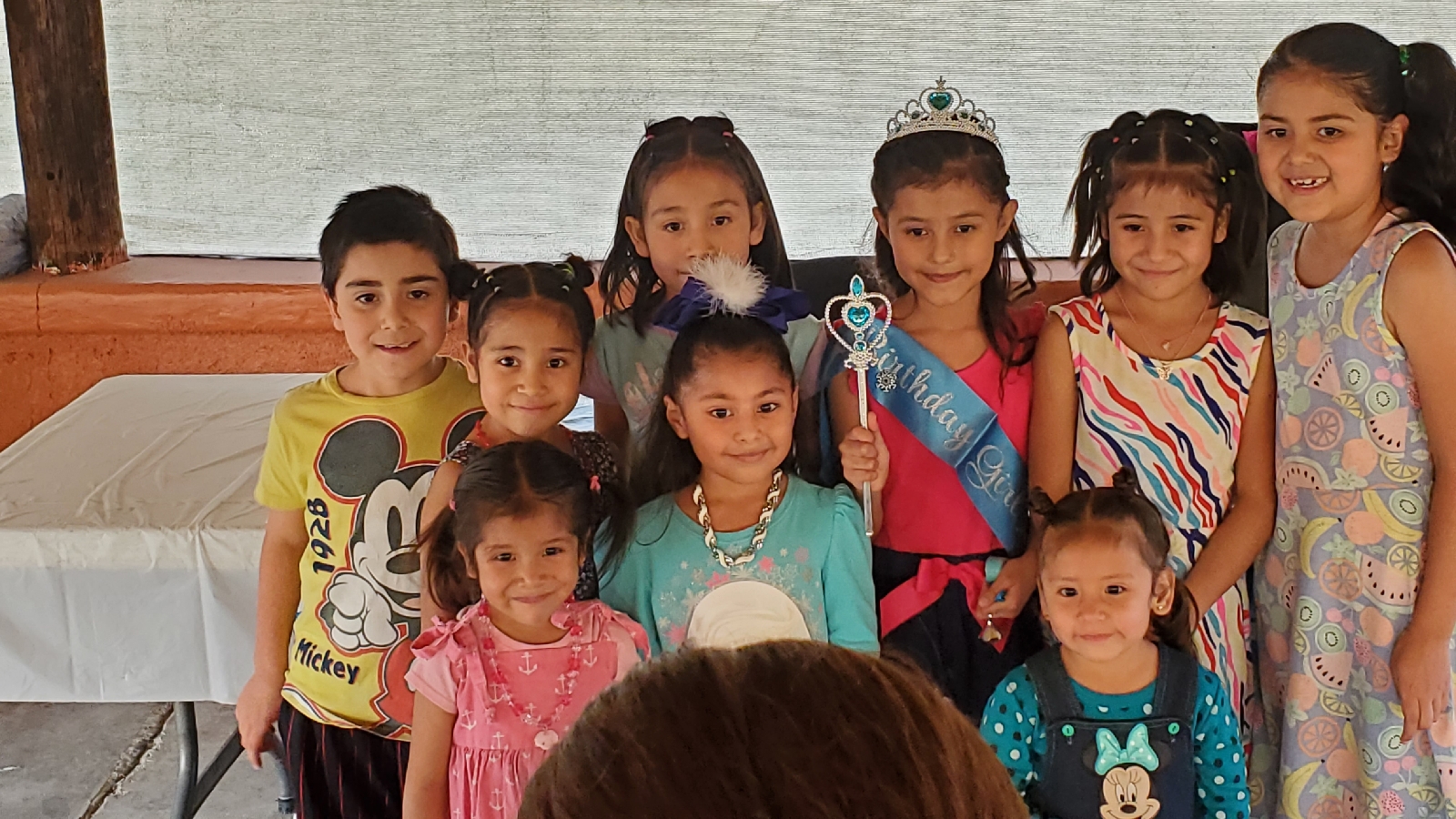 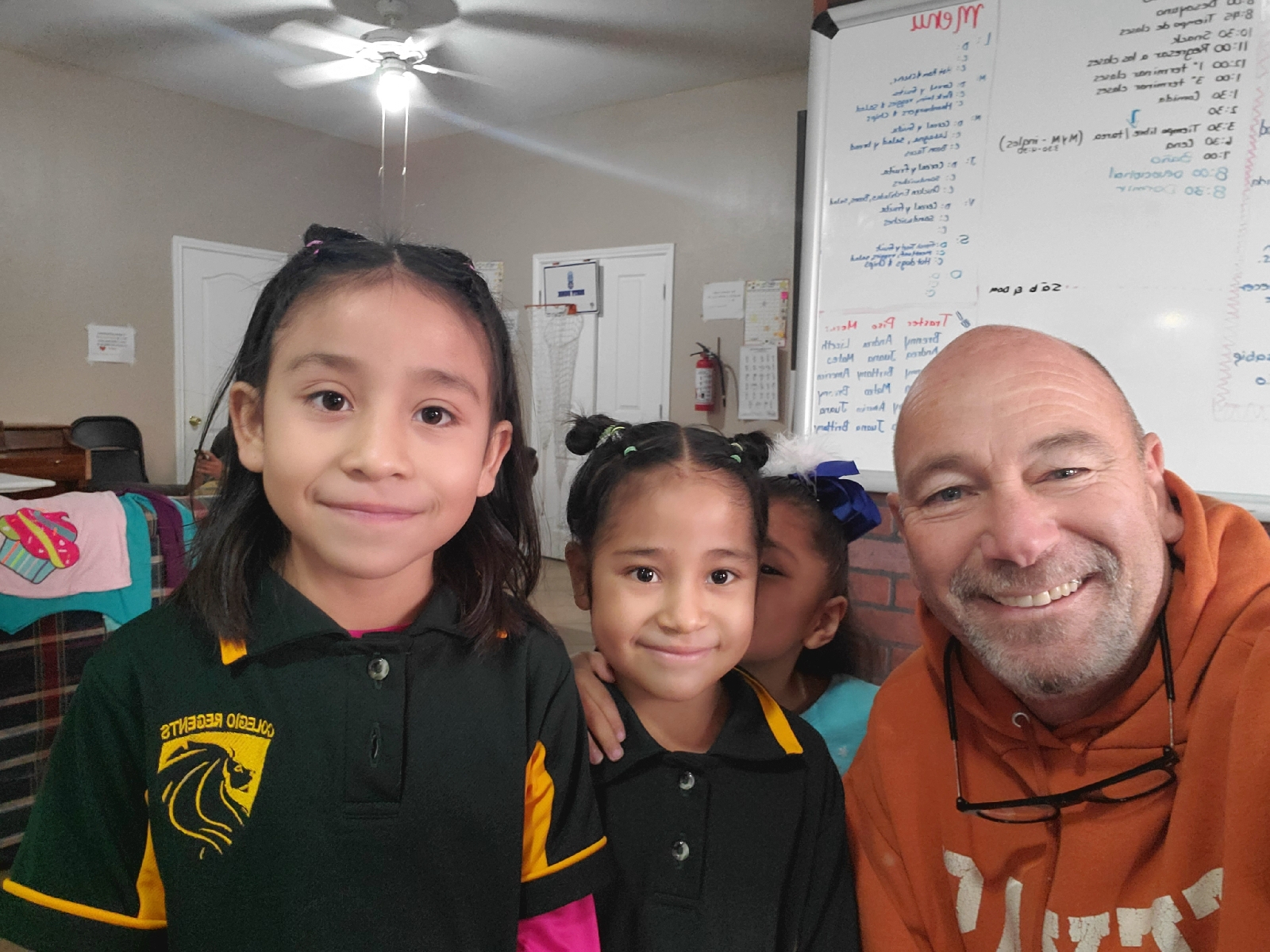 Labels: I bought new tires for the Bobcat

A TRIP TO THE ORPHANAGE IN THE MOUNTAINS 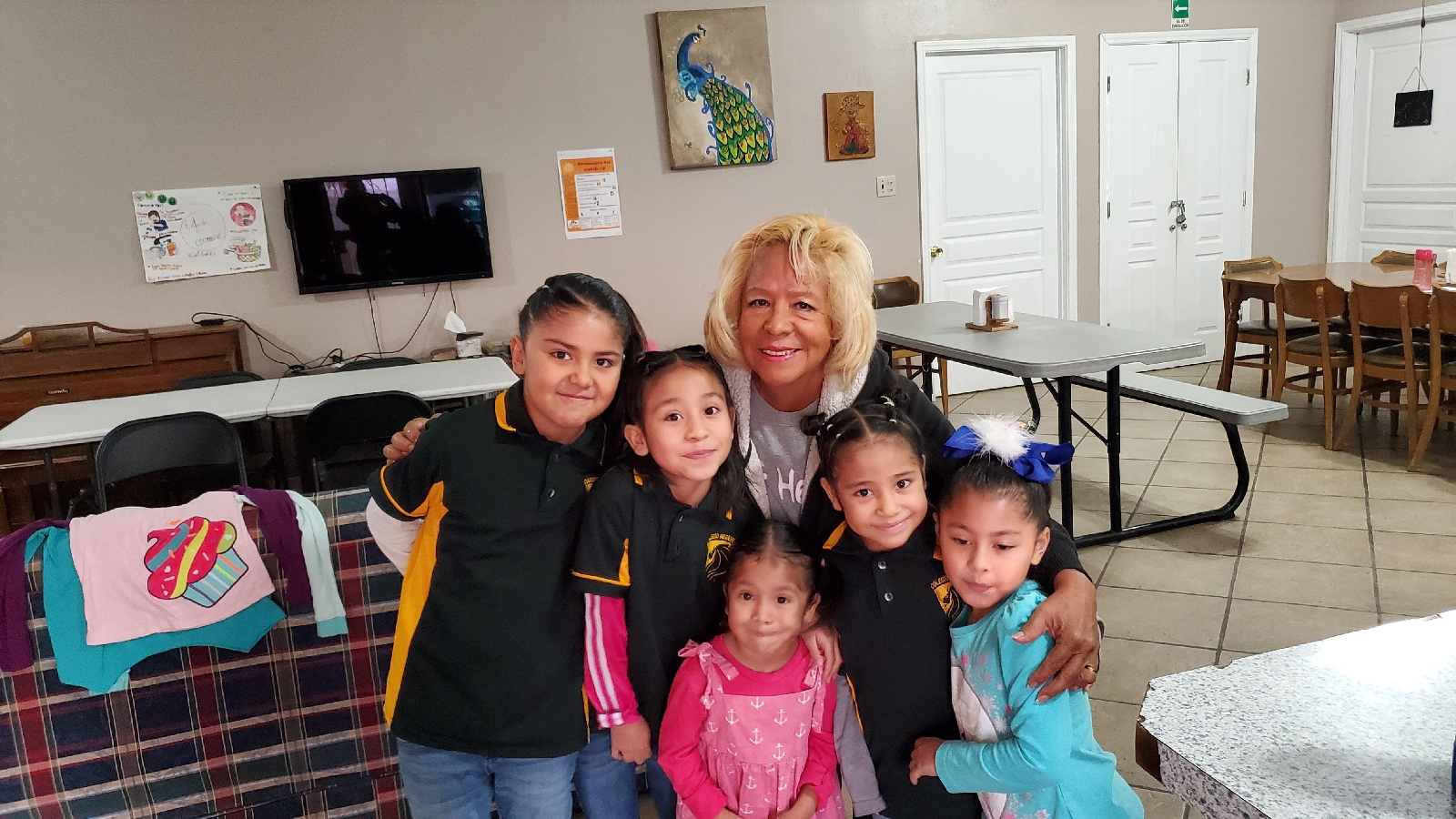 Labels: Paula and a few of the girls at the orphanage.

Everyone wants to go back to the way things were. WHY??? Because it's what we were used to. It's familiar, it's the way its always been, or done. Oh But God!!! We have been given a chance to forget about those things that are behind us and press on to the high calling of Christ. I'm so guilty of not making the most of this time to forget those things behind. I too want the old and familiar.  But I'm getting over it, little by little.

We finally got home Tuesday morning after a stop in Arkansas to visit a life long friend who has cancer. Mark sent me a message a couple weeks ago about his cancer and we made it a point to see him and his wife Elizabeth. We only stayed a few hours but enjoyed seeing them and praying for them.

We spent a few days in Oklahoma with Phil and Marianne Chain. We usually stop for a few hours rather than days. They know a couple dentists that agreed to help with my never ending dental needs. We'll have to return there in a few weeks to get started with the work. We enjoyed the time there, had breakfast at Tiffanys in Nobel. OK, watched the OU game with Trudy and Norman. We left Monday after my x-rays drove 15 miles and blew a tire.

We spent Wednesday in Mexico with Andres, Jaime, Pastor Juan, Sergio and China, and Abraham.  We prayed and talked about the future of ministry and how to help more people by identifying needs and working together. We know things are much different and we need to adjust. We're ordering 30 beds and stoves to help people still suffering from Hurricane Hannah 🌀.

I packed a bag, threw my golf clubs in the car and was going to drive to California to partake in Power Ministrys golf outing and fund raiser. Paula urged me not to go, as if The Holy Spirit spoke through her. I trusted that leading and stayed home. Its a long drive for a round of golf ⛳ LOL.

Were going to the Orphanage in the mountains on Monday,  Lord willing and spend a few days there, helping out any way we can.  Thanks again for all your prayers and support for the ministry.

IT HAD TO HAPPEN

I saw a message on those words by Steven Furtick. Sometimes it is hard to see the future when in a trial, a hurricane, a setback, or time of asking why? But God is always up to something,  and it always works out for our good, in hindsight of course.

We drove our 1 ton Big Heart truck from Texas to Illinois to pick up a  fifth wheel camper from the Balmers in Carthage, Illinois. We stayed a few days while the hitch was installed. We hooked up the camper and drove only 60 miles when we had transmission problems. Had it towed to a dealer that couldn't do the work and then had it towed again to Eric Palmers garage in LaHarpe. He had worked on our RV before and he said he would exchange the trans for a rebuilt one. He ordered the new one, and suffered a heart attack a few days later, and is recovering.  The mechanic said it would be ready on Wednesday,  but upon a test drive, the new one wasn't good. He had to order another one.

Upon that news, we borrowed a van from the Day family and went back to Chicago. I had an eye doctor appointment and needed to drive to Texas,  but a friend arranged for free round trip flights ✈️. We have been home a few days and were able to go to Mexico and provide resources to help people in Mexico. Jaime from Melodys Orphanage is taking food and bibles to 600 families in the State of Hidalgo,  MX. A heart ❤ to serve others is what Jaime and his family has, along with others.

We return to Chicago on Sunday  and pick up the truck on Tuesday. The time we were able to spend with Lea and family is always to short. Our plans to go camping together were squashed by the truck problems,  but, IT HAD TO HAPPEN.  I dont know question things as much anymore,  because I know of God's Goodness.

The Grennell family is busy getting things together after Mark's sudden death in January to raise money for Melodys Orphanage. It was his ❤  to fund God's work in Mexico 🇲🇽 . His son Matthew is going to run 100 miles to raise money. It called Papas Big Run 🏃‍♂️  in honor of his dad. They have a Gofundme site, or donations can be made to us designated for Melodys Orphanage.